Everyone knows that tides and currents have an effect on fishing, including and especially Chesapeake Bay fishing, but few anglers ever master the art of utilizing tides and currents to their fullest advantage. And it is an art – as is true of all things related to fishing, science only gets you so far because as soon as you nail down a particular pattern or place, those darn fish will go and change things up. Still, a solid understanding of the effects of tides and currents and knowing how to apply that knowledge to fishing will give you a serious leg up on most other anglers.

Considering how important tides and currents can be, we weren’t too surprised when a reader asked us to delve into the topic; you may remember this snippet from last month’s Letters to the Editor section:

I would very much like to read an article on how best to fish the tides in our area. Following a moving tide up or down the Bay intrigues me, but I'm not sure how to do that. There are also tide formulas about when to fish the Bay and many Sol/lunar apps for your phone. That’s great information, but how can I put all that information to work?

Priority number one: we need to make sure everyone understands the difference between tides and currents. (You old salts can skip down to the next section). Tides are the regular movement of water over a period of time, caused by the gravitational forces of the moon and sun. Incoming tides cause rising water levels and outgoing tides create falling water levels.

Currents are movements of the water which can be caused by a number of forces, tide being one of them (these are called tidal currents). However, currents are a bit less predictable since they’re susceptible to other forces of nature, like wind. One key differentiating feature anglers need to keep in mind: tides and currents don’t necessarily jibe with each other all the time. The predicted high tide at spot “A” may be at 12:00 noon, but water may not cease rushing in at that spot until 12:30. Or, it may have stopped rushing in an hour earlier. Or it may normally stop moving at that spot a half an hour later, but on the particular day you’re fishing at that spot the water stops rising half an hour earlier thanks to a wall of wind 100 miles away, shoving the water right out of the Bay.

The bottom line? Don’t expect water movements to match up exactly with tidal predictions, and always take predictions of any type with a grain of salt – including those made by apps and formulas.

Now let’s consider a few general rules of thumb regarding tides and currents that anglers should always keep in mind:

A moving current is usually a very good thing. It forces bait to work hard to stay where it wants, dislodges critters from structure they’re hiding in or around, and concentrates bait in pockets of water with more or less movement. Look for it whenever you can.

In many spots you can find moving current even when the tide is more or less dead in near-by areas. A great example is the Bay Bridges, where a bottle-neck in the land pinches the water, forcing it to accelerate as it moves up or down the Bay. That moving water then slams into the pilings and rockpiles, where we all know the fishing can be spectacular. True, even here there are periods of slack water, but they’re usually very, very brief. Similarly, if on a smaller scale, pinches in tributary rivers (think of Kent Narrows, Castle Haven on the Choptank, the Rt. 17 bridge over the York) are excellent places to head for when the water’s going slack elsewhere.

Artificial currents can be just as effective at getting the fish riled up as the natural ones. If you’ve ever fished a discharge pipe, you’ve seen it first-hand. And also remember that wind-driven currents count. While the leeward shore may be a more pleasant place to cast, baitfish sometimes get stacked up against rip-rap or similar structure on the windward shore, pushed there by the breeze. Of course, wind-driven water can also stir up the bottom and discolor the water – yet another variable you need to take into account when choosing where and how to fish.

Change of the Tide

A changing tide often leads to a hot bite. With some regularity, the last hour and a half of a tide brings a good striper bite. Except when it’s doesn’t. Sometimes, the first hour of the next tide is best. Or it may be the last hour of the following tide, and so on. The fish will often establish a pattern which may last a few days, a week, or even for month. One sure thing: as soon as you figure it out and start catching fish like a hero, chances are it will change – and change abruptly.

At some times during a season, the fish’s feeding activity may become limited to a very select slice of the tidal cycle. When you identify such a pattern this is when following the tide, one of the tactics mentioned in that letter, can come in handy. As long as you have a relatively speedy boat it’s possible to run and gun, hitting location after location and continually fishing the hot period of the tide, because the tide changes at different times in different places going up and down the Bay. Let’s say the fish are only biting during the last hour or so of the outgoing tide. You’re leaving out of Chesapeake Beach, where high tide is at 3:20. You start at 2:00 and jig for one hour, then the bite begins to drop off. So you run 15 miles north to Thomas Point, at 30 mph. You’ll arrive at 3:30, but the tide here won’t be high until 4:15. So you can get in another half an hour of prime-time fishing before the bite drops out again. At 4:00 you nail the throttles, and make the 10-mile run to a shelf just south/west of Love Point. You pull back the throttles at 4:20, and have over an hour of prime fishing time because in this spot the tide won’t be high until 5:40.

Yes, it’s true that this leads to a lot of running around and burning fuel. You also have to remember that equal distance does not gain you equal time differences in the tide (and in some areas going east-west has a more dramatic impact than going north-south). But following a pattern like this, you can make every moment of fishing-time occur during the peak slice of the tidal cycle.

When deciding where and what to target you also need to keep in mind that different species are more or less sensitive to these cycles. Bluefish, for example, rarely seem to care much whether it’s the last hour of one tide or the first hour of the next as long as the water’s moving. The same can be said of many bottom fish.

Okay – ready to make it even more complex? Now let’s add some geography and seasonality into the mix. It’s spring, the water temperature is 55 degrees, and you’ve been jigging with limited success for the past week along some open-water drop-offs at the mouth of a tributary. The best bite has unquestionably been the last 90 minutes of the incoming tide. Meanwhile, not too far away there’s a salt pond that’s connected to that same tributary, which been getting warmed by the sun. It’s risen to around 60 degrees by the time the tide slacks – when you know the fish along that shelf will probably stop biting. Soon the tide will begin to fall and water will start draining out of that salt pond, creating a warm-water plume in the tributary. Might you find fish that are actively feeding for the next couple of hours in that area, even though the ones in open water have shut down on that part of the tidal cycle? Youbetcha.

Still not complex enough? Then here’s another monkey wrench to throw into any logic you may be trying to keep straight in your head right now: in some very specific scenarios slack water is not necessarily a bad thing, even for fish like striped bass, speckled trout, flounder, and other normally tidally-sensitive predators. The best example is shallow rip-rap. When high slack water coincides with low-light conditions, predators will commonly bite in shallow areas they may not visit during other periods of the tidal cycle — even though it’s during part of the cycle they wouldn’t normally utilize for feeding in other areas.

On top of everything we just talked about above, you’ll also have to remember that many species of fish may bite on both sides of a tidal change, but seem to stop feeding even though they haven’t. The reason many anglers don’t pick up on it? Those fish have changed the method and/or depth they’re hunting at.

Speckled sea trout provide the ultimate case-study in this behavior. During the end of one tidal cycle they may be hitting up like nuts high in the water column on a fast, erratic retrieve. Then the tide shifts, and the next cycle begins. You can beat the water silly with your lure and jerk that thing like crazy ‘till your arm’s ready to fall off, without getting a single bite. But if you let the lure fall down to the bottom and begin a slow, hopping retrieve, BAM! The specks begin smacking it with abandon.

Flounder are another good species to look at through this lens. They’ll often gather in a specific depth band through a stage of the tide, then move to a completely different one as the tide changes. You may bang on them from 20 to 25 feet for several hours, then suddenly it seems like the bite has completely shut down. If, however, you moved to 10 to 15 feet of water on the very same ledge and began fishing there, you might suddenly once again discover that a red-hot bite is going off.

There are a lot of puzzle-pieces here, people – a LOT of puzzle pieces. But when you find a serious angler who consistently bends his or her rod when everyone else seems to be getting skunked, you’ve probably just found an angler who takes all of these bits and pieces into consideration each and every time he or she goes fishing. It may mean racing from one spot to another. It may mean shifting from open water to the shallows. It may mean changing to a different target species. It may mean doing some pre-trip planning and pouring through the tide charts the night before a fishing trip. But there’s one thing it always requires: a willingness to try different locations, tactics, baits, techniques, and retrieves whenever the bite drops off. You need to be willing to think outside the box. And once in a while, you have to throw all those puzzle pieces into a box, shake ‘em up, and start all over again. Because the moment you have it all figured out… well, you know.

To find out the tides and currents near your next fishing location, visit: 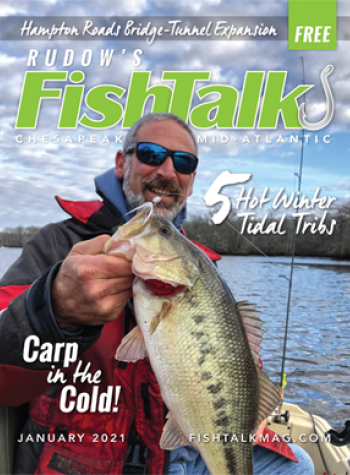