Inshore Dolphin at the Bass Pots

As the height of summer hits there’s a fair chance of finding “peanut” dolphin, or mahi-mahi, in the two- to five-pound range, plus a few larger ones now and again, at the inshore bass pots from 10 to 20 miles off the beach. Dolphin won’t move in this close each and every season (stay tuned to the FishTalk fishing reports to find out if they’re in town right now), but when it does happen it offers anglers with small boats and limited range a shot at putting a very tasty pelagic on the dinner table. Catching them in good numbers with reliability does, however, require some specific tactics. 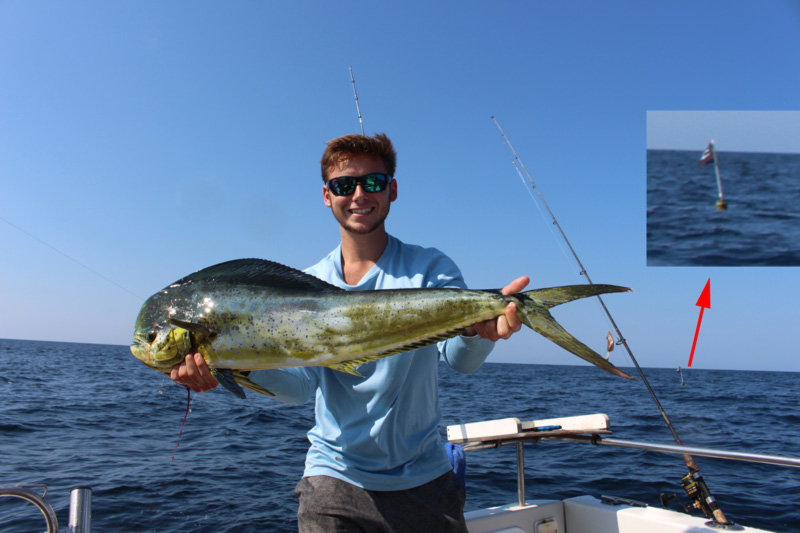 * Bonus Tip * To find different clusters of bass pots, simply go to the charted artificial reef sites. Most of the permitted sites have them scattered all around.