Last winter we examined how to prep for cheap and easy ice fishing without having to buy a bunch of expensive gear, and we also took a look at ice fishing for trout in specific. So this winter, we figured we'd take a look at more general ice fishing tactics and techniques that apply to fishing in the Mid-Atlantic region when the water gets solid as a rock.

The very nature of ice-fishing is found in pinpoint positioning and attention to detail. No other type of fishing requires the precision and attention that this brand of angling commands, while the angler must also overcome extremes in weather conditions that can be enough to make anybody stay at home. That may be why ice fishing is so also rewarding. But to get in on the game, you’ll need tackle, gear, and know-how that’s specific to the sport.

Since most of the fish we’re going to catch are going to be panfish species such as bluegills, crappies, and yellow perch, you won’t need heavy gear in order to capitalize on this bounty. Several companies make very small yet durable ice-fishing rods that couple well with today’s ultralight spinning reels. Most of these rods run from 22 inches to 36 inches in length and are made in several different strengths determined by the type of fish you’re after. HT Enterprises and Frabill produce series of ice jigging rods that are very adaptable and economical. The old days of using a remnant portion of an old rod is obsolete, as many excellent varieties are out there.

Most of these small rods are fitted with over-sized guides to minimize ice buildup in subfreezing weather. They come in super-sensitive styles and additional strike indicators can be attached to these rods, for light biting panfish. Although they seem demure and frail they can subdue fish approaching 20 pounds, provided the angler uses caution when playing large fish through a small hole in the ice.

Today’s ultralight spinning reels work well with custom-made or store-bought ice fishing rods. Specifically, you want a reel that has a good drag system and handles four- or six-pound test well. Keep in mind that for the most part you’re only going to be using the top 50 feet of your spool capacity for jigging in most situations. We prefer to use high visibility Trilene and Stren monos in four- and six-pound test because they are easier to see, and often movement in the line indicates a strike. Several companies now make line specifically for ice fishing applications and test down to slightly more than one-pound for those very picky mid-winter bluegills and crappies.

Lures and Baits for Ice Fishing

Most anglers that enjoy warm water pan-fishing will already have an arsenal of lures that may adapt well to ice fishing. Traditionally we do well with small spoons in a tenth to a quarter of an ounce. Very small jigs all the way down to 1/64th of an ounce can also adapt well to many jigging situations. Another favorite type of lure we use are horizontal jigging minnows such as the Rapala Jigging Rap in one tenth to 3/16ths of an ounce in gold, silver or blue. These are horizontal lures that tie off in the middle and maintain a life-like swimming minnow appearance when jigged vertically – the only possible presentation, when fishing straight down through a hole.

In almost all situations we tip these lures with various types of live or commercially prepared baits. Live baits would include wax worms, mealworms, or portions of live minnows or whole live minnows. In recent years, however, we have also done well using Berkeley GULP and Powerbait products as tipping agents for our lures. Although live bait is best, the GULP series of maggots and earthworms add powerful scent and are particularly attractive to mid-winter panfish. On the plus side, you’re not messing with live minnows in a cold bait container on a 20-degree day.

Perhaps the most consistent way to fish these is to drop them through the hole and when your bait hits the bottom, simply reel up about a foot and start a slow, methodical jigging process, keeping a sharp eye on your rod tip for any variation or movement. Ice fishing strikes are not usually rod-jolting slams that you may expect from larger game throughout the warmer months. Rather, they can be simple taps, slight movements of the line, or a sudden slackness as a fish picks up the lure from below.

Jigging patterns should also be varied as you try to discover what will be effective on any given day, as sometimes winter panfish prefer an aggressive series of wrist-snaps followed by subsequent slow falling lures. Some others a simple steady elevation of the rod tip may be all that’s required to draw a strike. If you’re fishing with a partner it’s a good idea to have one person fish aggressive and the other tentatively, until you figure out the fish.

For drilling holes we use hand augers in six- or eight-inch diameter models. Numerous companies make lightweight, gas-powered augers that can open up a larger area in a hurry and if I lived in upstate Pennsylvania or New York I’d invest in this luxury. However, with most of my ice angling coming from Mason-Dixon lakes and ponds, I seldom have to deal with much more than six inches of hard ice and a hand auger works quite well.

A spud (a pole with a chisel on the end) comes in handy as a walking stick and can also be used as a low-budget method of muscling a hole through the ice.

Another imperative item is a strainer, which you’ll need to scoop ice shavings and/or blowing snow out of your hole. Metal kitchen strainers can be used in a pinch but tend to freeze up and clog; plastic strainer spoons made specifically for ice fishing do work much better and only cost a few dollars.

Often you’ll find crappies, bluegills, and yellow perch on the same structures you find them throughout the mid-summer months: deep deep brush, rock piles, rip rap, fallen logs, or sudden drop-offs near creek channels. But big yellow perch are notorious for roaming vast open water flats that are punctuated with the occasional hump or isolated weed bed. Big bluegills tend to hang out around dead or dying vegetation and can be anywhere from six to 25 feet deep, whereas perch and walleyes often favor deeper water from 20 to 35 feet. Toothy critters such as pickerel and pike are often 10 feet or shallower, and associated with weed beds.

The same basic rules you would follow during warm water fishing apply to ice fishing – structure is the key element to consider when choosing location. It often takes a period of time to locate a concentration of fish and that’s why most ice anglers are mobile and stay on the move, until they locate the mother lode.

In the Mid-Atlantic region, of course, we can’t always count on having safe ice through the winter at any given lake. If, however, you’re willing to travel and utilize a long weekend, you can usually cash in on safe ice and fresh fillets. Here is a partial list of consistent producers of hard water critters in our part of the country.

Deep Creek Lake, McHenry, Maryland – This is one of the best lakes nationally for King Kong yellow perch that can go 12 to 15 inches and powerhouse bluegills over 10 inches. Bonus fish include walleye, pike and trout. Located in the westernmost part of Maryland it has an ice season ranging between a few weeks and a few months, during all but the warmest winters.

Rocky Gap State Park, Maryland – A sleeper, near Flintstone, Maryland. If it gets safe ice look for big 'gills and some large bass with bonus trout and crappie. Some tanker channel cats and red eared sunfish may also be in the mix.

Lake Marburg, Hanover, Pennsylvania – The thickest ice in three decades was on during the 2013-14 season, yet catches were sporadic, with crappies and yellow perch leading the show.

Pinchot Lake, Pennsylvania – This 340-acre lake in York County has big crappies and some trophy chain pickerel up to six pounds that ice anglers can target. Big largemouths are a bonus.

Opossum Lake, Pennsylvania – A small, out of the way lake northwest of Carlyle, PA, it boast a good population of up-sized crappies. Two largemouths over nine pounds caught here in ’06 keep one wondering.

Chesapeake Tributaries – During very cold snaps, freshwater up-river tributaries of the Bay freeze up hard some years. The ice on these tribs should always be considered iffy and approached with caution, but during extreme cold when they can safely be fished, white and yellow perch, pickerel, catfish, and in some areas bass and crappie can be caught.

Local Farm Ponds – We caught 38 largemouth bass through the crust during the 2013-14 winter including several fish in the five to six pound category, from several small, private ponds. Small spoons tipped with bait did them in. Bluegills are a common pond catch as well.

Keep in mind that in the Mid-Atlantic, we don’t always get solid, safe ice that must meet the minimum of four inches in thickness before we can fish. During mild winters there won’t be much ice, maybe none of it safe. Check our current fishing reports and call ahead to bait shops near your favored ice fishing spots for an ice report, before you plan a trip. Always test the ice in shallow water areas by drilling and measuring thickness before walking out over deep water, and always fish with two or more people, especially during the early and late ice seasons, so there’s help close by if it’s needed.

Always be aware that ice conditions can change and moving water will mean thinner ice, as will areas under bridges. Warm spells and rain can reduce ice thickness, and strong winds can break up ice flows that were once solid. No fish is worth the risk of a breakthrough. Always use caution and fish on nothing less than four inches of clear, hard ice. As an added safety measure, wearing a floatation vest until you know the ice is safe is a smart move. Some anglers also carry ice picks which can be used to get a solid grip on the ice, should it be necessary. 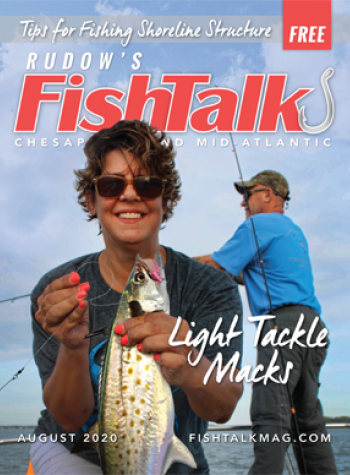